Take Control of Your Company's Future

The 6 Best Trucks and Tires for Your Snow Removal Business

The snow is coming down thick. You have dozens of properties to clear before morning. Your hands feel unwieldy and slow because of the cold. After twenty or thirty minutes, the heater will finally warm them, but, first, you’ve gotta get the truck to start.

You’ve been ignoring the warning signs for awhile. Squeaking belts, a little rattle in the engine, and, of course, the alternator click-click-clicking on startup.

You twist the key one more time, whispering a curse and a prayer.

It starts, barely. But you’re convinced, it’s time to buy a new truck.

How to Expand Your Fleet (or start a new one)

Expanding your fleet (or buying your first truck for snow plowing and removal) is stressful.

Here’s the deal: I can’t take away the stress of big money decisions.

I can arm you with the information to make the best decision for your business.

My grandfather used to buy and sell used vehicles. At one point, he owned a junkyard.

He was also an unscrupulous weasel (I mean that in the most loving way) and a master of spotting the problem with a used vehicle.

Once, a guy asked him to look at a car that wasn’t running. The guy believed the engine block was cracked and the car needed to go to the junkyard.

My grandfather crawled under the car, saw that someone had left the plug out of the oil pan, and offered the guy $20 to “scrap” the car. He replaced the plug, filled the car with oil, and it ran just fine.

The Right Way to Buy Used

Buy a used truck, but buy it from an individual. Use Craigslist and AutoTrader to find a truck that was driven by some parking-lot warrior that’s a few years old. Have a mechanic (or a friend who’s good with cars) go and look over the truck with you.

Don’t buy a truck someone has used for their business. You know from experience the way people treat equipment that’s not theirs. You’ve driven a rental car harder than you’d drive your own car. You’ve had employees that scratch, dent, and abuse your work vehicles. That’s how that used “gem” you’re considering from another company has been treated.

You’re scrolling through Craigslist when you see it.

The Holy Grail. A RAM 3500 with a plow already attached. You’re practically stealing them for that bundled price.

Does this guy not know what they’re worth?

“Unless you’re on a really tight budget, it’s probably not worth buying a truck already fitted with a plow, since the previous owner might have gently used it over one winter or (more likely) beaten it like a rented mule for years.”

Snow removal companies abuse their plow trucks. They drive them through snow, salt, and ice almost exclusively. They drive them hard, put them up wet, and (a lot of the time) maintain them poorly through their busiest season and then let them sit for months, waiting for next season.

Don’t buy a used plow truck, unless you know the seller and trust them with the life of your business.

When you see a used truck and plow combo for sale, keep in mind that person is selling them for one of two reasons:

So when you’re tempted by the deal of the century, just picture that sad, half-starved, rented mule being driven through the ice and the snow. Let him go out to pasture. You can’t save him.

Buying other equipment for your snow removal business? Check out our Shovel Round-Up.

Mike Callahan, Certified Advisor and columnist at Lawn and Landscape, makes a strong recommendation in his article “Build a Fight-Ready Fleet”: standardize your equipment.

If you’re buying a hodge-podge of used vehicles, it’s hard to standardize your equipment.

Standardized equipment is maintained on the same schedule in the same way. You buy one kind of oil, you get all your replacement parts from the same place, you run into the same problems and fix them the same way. It makes your entire operation more efficient.

What do I get out buying a new vehicle?

A warranty. For the first few years of your vehicle’s life, the problems aren’t yours. You’ll lose time and efficiency, but any mechanical problems are the dealer’s concern, not yours.

Fewer problems. Barring a recall or defective manufacturing, a new vehicle will have fewer problems than a used one.

Full control over use and maintenance. Nobody likes ABC gum (“already been chewed”), but we put up with ABC vehicles to save money. A new vehicle means that you’re in full control of how it gets used and how it is maintained.

“No one depreciates me.”

You’ve heard the adage about new cars depreciating the second they drive off the lot.

You always hear it in a negative light because it’s from one individual to another and they’re talking about buying a car for personal use.

That’s not what you’re doing. You’re investing in an asset for use in a business.

That means the depreciation of that asset (assuming your paperwork is in order) is tax deductible.

Obviously, before making a decision based on the tax benefits down the road, consult your accountant or bookkeeper.

The Best of the Best: Trucks that’ll Scare the Snow into Neat Berms

All of these trucks can be fitted with a plow. They have a minimum of 300 HP and either had…

A good beginner truck with just enough power to keep you going. It can easily become a $40,000 to $50,000 monster with factory options.

Full disclosure: My dad (in South Texas) drives a Sierra that he bought used from a family that operates a lawn care company. He loves his truck. This is one of the trucks with better fuel economy in the list.

A powerful Chevy with more (luxury) interior options. Less likely for a fleet, but a definite upgrade option for owners.

This is the best-selling truck. Not in America. In the world. All those billions of people can’t be wrong.

The EPA numbers aren’t reported by the manufacturer. Presumably because they’re not stellar. Included because of its status on both the Car and Driver and KBB lists.

EPA numbers also not reported by the manufacturer (again, probably because of terrible MPGs). This is the stronger, faster father of the F-150. A great option when you need more than the base level of power.

How do I price my snow removal services?

Rule Number 1 of Snow Plowing: All-Seasons means summer. All-Seasons tires are worthless in places that actually have all 4 seasons.

If you’re regularly battling thick snow and ice and slush, you’ll want to consider studded tires (the Nokian Hakkapeliitta can be procured with studs) for maximum traction. These Nokians are highly reviewed everywhere I could find information about them online.

The Michelin Latitude X-Ice Xi2 is the heavy vehicle version of the tire Car and Driver rated so highly in their tests. It’s also highly recommended by ConsumerSearch.

Negotiate with a Supplier

Just like with anything else you buy in quantity, you have some leverage you can use to get a deal.

Work with a local tire shop (hopefully another small business owner!) to get a better rate for your tires all year. The more vehicles in your fleet, the better, but a savvy tire shop might be interested in getting your business while you’re still small.

Make the Best Decision for Your Business

Ultimately, the best vehicle and tires for your snow removal business are judgment calls that you have to make, based on the financials of your business and how useful the equipment will be to you during the snow season (and year-round).

Consult your accountant about the sort of debt service you’re comfortable taking on in your business. Always weigh the opportunity cost of buying a vehicle outright (or financing).

Finally, consider whether you’re ready for snow season. It’s a long fight but, with the right know-how, you can win it.

Related: How to Find the Right Plow for Your Snow Removal Company 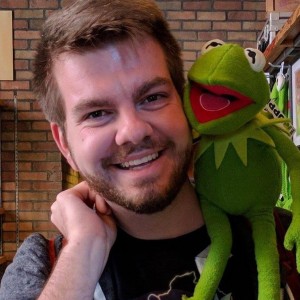 Cody Owen
Cody is a copywriter with Service Autopilot. He was writing before he could read, dictating stories to his mom. Of late, he distills business principles and practices learned from his ever-increasing trove of books and his year with SA Support into digestible blog posts designed to provide maximum value to service industry business owners.
All Posts

Stay up to date with the latest content from the
Service Autopilot Marketing Team.